Leader in industrial packaging and pneumatics
Your Cart 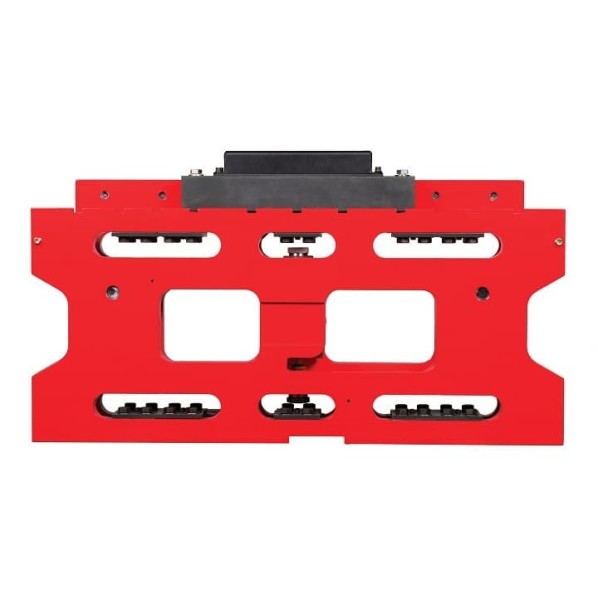 The RAVAS iCP is a new product in the range of forklift truck scales. This intelligent carriage plate replaces the former RAVAS RVL and allows weighing in combination with attachments.

The multiple flexures absorb the constant shock of load-bearing while transferring the weight to the load cells. These critical elements have no moving parts, reducing the potential for failure.

The RAVAS iCP attaches to most types of lift truck carriages and requires no modification to the lift truck as it does not connect to the truck’s hydraulic system. Lifting, weighing, counting, accumulating and transporting are accomplished as a single efficient operation. This streamlines workflow by eliminating the time-consuming task of taking shipments to remote platform scales.

Two rugged Grade-8 steel bolts secure the scale base for service, or if the flexures fail due to unintentional abuse, thereby preventing damage to the load cell. These safety bolts secure the load even if the scale is damaged by overloading (accidental misuse or abuse). The load cell rating has been selected to withstand an overload of 300% without damaging the cell. 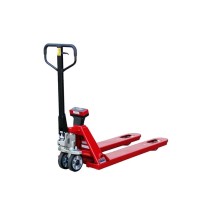 Hand pallet truck scale RAVAS 1100
RAVAS 1100 is a weighing transpallet that is simple to use, reliable in size and with excellent load capacity. It can be used as a mobile scale but wi..
Request Info
Quickview 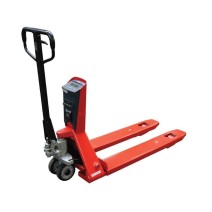